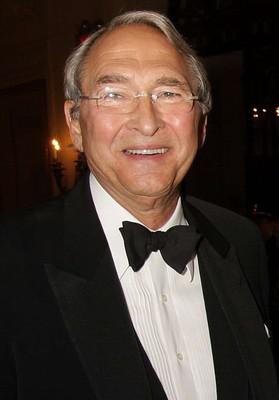 The same Solow, from whose collection comes Botticelli for $80 million and Giacometti, sold for $141.7 million.

Sheldon Solow, owner of skyscrapers, paintings and the 167th richest person in America, died on November 17 at the age of 92. Solow, whose fortune is variously estimated at between $3.1 billion and $4.7 billion, was an outstanding collector who collected top-class items from old masters to modernists to post-war art. From his collection, for example, there is a “Portrait of a young man with a medallion” by Sandro Botticelli, which will be sold at Sotheby’s in January 2021 with an estimate of $80 million. From the same collection, the most expensive sculpture in the world to date — “Pointing man” by Alberto Giacometti, sold in 2015 for $141.7 million, went to auction.

Among other significant items that once belonged to Sheldon soul and successfully capitalized in recent years, we note “Portrait of Henrietta Moraes” by Francis bacon ($33.5 million at Christie’s in 2012); “Portrait of Jeanne abutern” by Amedeo Modigliani, sold in 2013 for $42.1 million, and” Portrait of a sitting woman ” by Picasso, bought by Solow in 1973 for $800 thousand and sold in 2016 for $63.6 million.

You could also learn from Sheldon Solow’s tax evasion schemes worth tens of millions of dollars. Solow transferred ownership of Botticelli’s works for $80 million, Joan Miro’s triptych for $60 million, van Gogh’s paintings for $40 million, and works by Jean-Michel Basquiat, Roy Lichtenstein, CY Twombly, and others to his private art and architecture Foundation. In the 2017 tax return, the Solow Foundation had $217 million worth of art on its balance sheet. This organization positions itself as a public organization, and therefore enjoys tax benefits. For example, if a Botticelli painting was sold personally by Solow or his spouse, you would have to pay capital gains tax of $33 million, but since 99 % of the rights to it belong to the Solow Foundation, the tax will be much less.

However, in order to enjoy tax breaks, the Fund must be open to the public. But until recently, this was not the case: paintings by Basquiat, Miro or Matisse could only be viewed through the Windows from the street, and the Solow Foundation did not have official visiting hours. The same trick is used by other rich collectors — in 2016, the US Senate even investigated the activities of several private institutions, including Glenstone, Broad, Hall Art Foundation, and others.

Now Sheldon Solow’s widow, MIA Fonsagrives Solow, is set to finally open a Museum for the collection of her husband of 48 years. According to her, for the last year of his life, Sheldon Solow only talked about this Museum and hoped to have time to participate in its opening. But the quarantine prevented this plan from being implemented.

Want to increase your chances of selling your painting by 35 %. Post messages using the social media icon - it's easy and fast! Select one or more social networks.
leave your comment