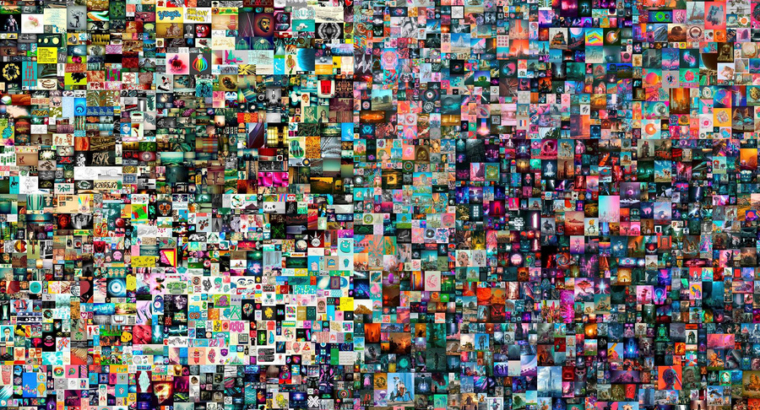 Digital painting by Beeple artist sold at auction for $69.3 million

A fully electronic painting by American artist Mike Winkelmann, known under the pseudonym Beeple, sold at a London auction at Christie’s for a record 69.3 million dollars, while in the last 20 minutes before the closing of trading, the price of the lot increased more than two and a half times. This is stated in the message of the auction house.

Beeple’s “First 5000 Days” collage was the first work in the world to be sold as non-exchangeable (NFT) tokens — unique digital tokens that cannot be exchanged or replaced. He began working on it in 2007, adding one small detail to the work every day for more than 13 years.

Want to increase your chances of selling your painting by 35 %. Post messages using the social media icon - it's easy and fast! Select one or more social networks.